A sleek and elegant solution

Low voltage Altair Powerlouvre Windows are a sleek, elegant solution to your window automation needs. Designed for easy installation, the Powerlouvre Window removes the complexity of sourcing special trades to install the system and is ideal for a range of design applications such as high out-of-reach locations or as floor-to-ceiling feature windows.

The Powerlouvre is available in Breezway’s Easyscreen Window System or can be made available in a variety of aluminium or timber window frames from approved Window Fabricators. For more information visit Frame Types.

Breezway Powerlouvres can be controlled by Apptivate Control Units or a third party Building management systems (BMS). For more information on Building Management Systems please contact your builder or designer. 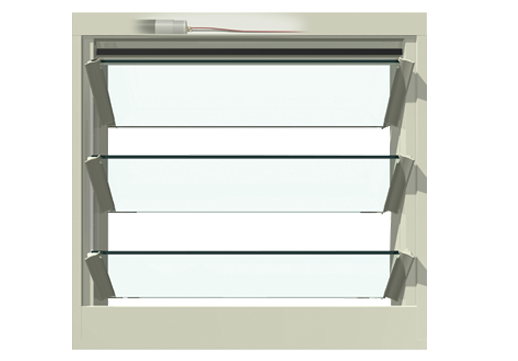 Operate your Powerlouvres with a simple touch of a button. 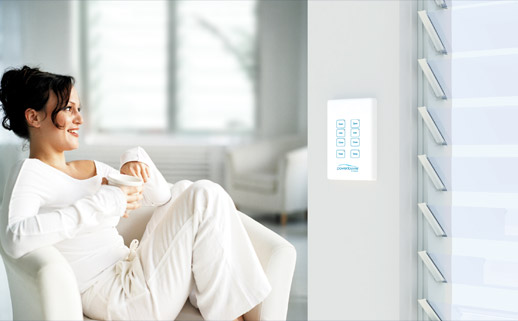 Download to your compatible iOS or Android Bluetooth smart phone or tablet. 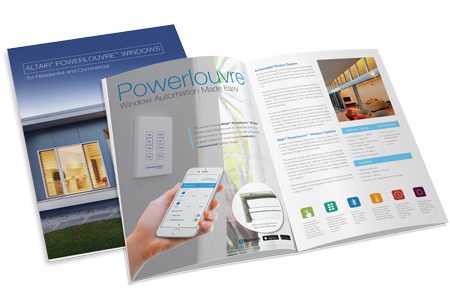 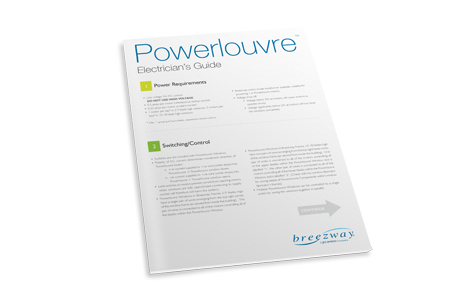 Compatible devices will have Bluetooth Smart modules installed and have an iOS or Android operating system. Devices include:

Automatic operation in response to temperature

Temperatures can be set at which the Apptivate Control Unit will:
Automatic response to temperature can be enabled or disabled:
Notes:

Automatic operation in response to timers

Timer events (time of day and day of week) can be set to:

This allows the windows to be set to operate in anticipation of the building occupant’s daily routine. For example, opening before employees arrive to pre-cool the building, or responding to temperatures from when a homeowner goes to bed so that the windows close when the temperature drops in the early hours of the morning.

Timer events can be enabled or disabled:

This allows timer events to easily be disabled as the homeowner leaves the house or enabled as they arrive home.

Up to 6 Apptivate Control Units can be associated to each Powerlouvre App allowing building occupants to control windows around their home from their Powerlouvre App.

For ease of identification:

For maximum control and ease of use, all the Apptivate Control Units associated to a Powerlouvre App can be operated simultaneously or independantly.

Associations can be established between multiple Powerlouvre Apps and each Apptivate Control Unit, to allow all family members to control the windows from their smartphones.

Note: Only one Powerlouvre App will be able to maintain an active Bluetooth Smart connection with an Apptivate Control Unit at any given time.

Note: In extreme cold conditions the windows will not operate if there is excessive ice build up or if the louvre blades are frozen together.

Breezway supplies transformers (as an optional extra) that have been specified to meet the requirements of Powerlouvre Windows.

Powerlouvre Windows that are 2-9 blades high contain one motor per bay and are wired such that the entire window opens and closes simultaneously.

The top and bottom banks can be operated independantly of each other.

Labelled wires emerge one metre from the top right hand side of the Easyscreen Frame.

Total wire length does not include the internal wiring of each Powerlouvre Window. 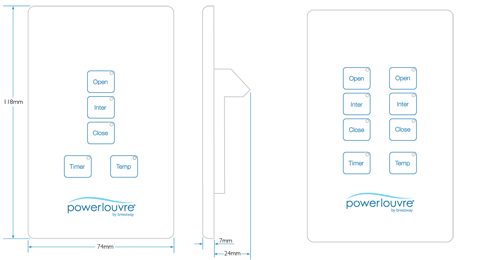 Up to 6 Powerlouvre Motors can be wired in parallel to each Apptivate Control Unit motor group.

Converting from a Breezway Remote Control to an Apptivate Control Unit

Powerlouvre Windows which are remotely controlled can be updated to allow control by the Powerlouvre Apptivate Control Unit but do require some adjustments to the internal and external wiring of the window.

See pdf link below for more information on converting a Breezway Remote Control to an Apptivate Control Unit Technical Bulletin.

Apptivate Control Units are not compatible with building management systems.

Breezway Powerlouvre Windows should be operated at monthly intervals. Frames should be cleaned periodically as per Breezway Care and Maintenance recommendations.

Something not working right? Breezway has a troubleshooting guide available to assist you with your Altair Powerlouvre Windows. If you are still experiencing some difficulty after reading the troubleshooting guide, please do not hesitate to contact one of our qualified louvre experts on +603 3291 4885.